The Period of the Settlers
“Nu vära ve rätt narrandar” – now we were really fooled. It should have been the Swedish colonists’ first opinion when they arrived. Of promised newly built houses and newly-sown fields, nothing seemed. Slowly, the peasant settlements slowly began. In the early days, they lived in back-country cottages of Russian type, Zemljankor, where three of four walls were buried and often consisted of pure soil. However, it was positive that the 127 households from Dagö were to be given land for 200 families. Thus, several landless younger brothers now received the same land allocation as their older brothers. Each of these families received 60 decatins of land to grow, in total, the colony would include 12,000 desjatins (about 13,000 hectares). The first settlement stretched from Gammalsvenskby and up to what would become the German village of Klosterdorf just over twenty years later. On more elevated land south-southwest of the village, the village’s windmill was built in what
would later become Mühlhausendorf. Worse, it was with the mortality of the various diseases that were affected. The main concern was gastro-intestinal diseases such as red carrot, dysentery, etc. In March 1783, only 135 people were alive; 71 men and 64 women. Gradually, new families can be merged by the widows and widows and young people who remained. On March 29, 1784, Johan Larsson Martis is born as the first child of the Dago-Swedish colonists.

In 1787, a large group of Polish-German colonists from the city of Danzig arrive in Prussia. Several of them; including the families Herman, Maskewitz, Schilling and Sergis, will stay in the village. However, most people continue after some time. In 1791/92, a group of Swedish prisoners of war from Gustav III’s Russian war will be transferred here. They had been released from their war prison camp in Crimea against settling in Russia. In reality, only five young men will come: Anders Petersson Westerberg from Västerås, Anders Andersson Hörnberg, Christian Johansson Barkvall from Alberga, Mats Karlsson Norberg and Johan Lövberg to stay in the village. Lövberg died soon, but the other four included marriages with Swedish village women and stayed. Slowly, life returned to the village and the population increased.

Life in the village
In 1799, the state-run Nyryland Guardian Office for foreign colonists was founded and the German Samuel Contenius was appointed as chief judge. The office should assist the newly founded colonies with advice, practical help, money and goods. Contenius wrote in a report in 1799 that the Swedish colonists are diligently managing their agriculture; they grow wheat, grain and rye. However, their fields are high, have little access to water and the harvest is burned by the drought, so that they often hardly get back what they saw. However, the pastures on the islets in the Dnieper are fine. In a list for the year 1801, what the Swedish colonists were doing was noted. Six people were fishermen, 5 were clean farmers, two were carpenters, one was blacksmith, one was a restaurateur and 13 people were weavers. The guardian office knew that there were provisions for woven fabrics and had helped to obtain looms. In 1803 there were 21 looms in the village. Fishing is said to be really profitable at this time. you fish pike, perch, roach and bream and the fishing is done with nets and nets. The fish is salted in or dried. However, you do not fish with hooks, as the Russians do.

In 1803, the farmer Mats Jöransson from Röicks and his gull Mickel Greisson Albers (from Mudda’s village) was richest in the village. They owned 4 horses, 35 cattle, 50 sheep, 7 pigs. 1 plow, 4 trolleys, 2 spinning coats and 1 loom. The farmer Hindrik Christiansson Utas I and his brother-in-law Peter Pavelsson Utas II were the second richest with their 4 horses, 33 cattle, 40 sheep, 5 pigs, 1 plow, 1 harrow, 4 wagons, 2 spinning coats and 1 loom. The poorest farmer, Petter Simonsson Larsas, had no horse, 6 cattle, 6 sheep, 1 pig, 1 spinning wheel and a loom. Being weaver seems to have been a male occupation. The women were knitting, crocheting and knitting. Especially the women’s shirts, socks and mittens are said to have been highly sought after and brought in good money in the markets in the cities around.

Overpopulation
The Crimean War 1853-55 did not directly affect Gammalsvenskby, but the war brought with it a cholera epidemic that hit the village with 50 dead as a result.
A hard blow for the village that had 304 inhabitants in 1850. Soon, however, the population began to increase again. In 1871, the guardian era went to the grave. This German authority was replaced by the Russian Zemstvo institution, almost equal to a municipality. The old Mir system with the village as the principal owner of the earth and the peasants as hereditary users was abolished and the peasants became private owners of their land. In a legal process, the Swedes were now trying to get rid of their German neighbors. The Swedes had been given their 12,000 desjatins via an imperial week and one could not show the Germans. Now, however, the court proclaimed that the Germans had the right to their land and thus they remained in unrestrained living.

Swedish villagers were forced to participate both in the Russian-Turkish war in 1876-77 and in the Russian-Japanese war in 1904-05. Many young men, sometimes with families, decided to leave home. The first Swedish villagers emigrated to Canada in 1886-88, first to the Assiniboia district located between the states of Saskatchewan and Alberta. Others later settled in British Columbia. Altogether, some hundred Swedish villagers emigrated to Canada during the period 1886-1926. Somewhat later, Swedish villagers also started moving out to Siberia, where the governments Omsk, Tomsk and Semipalatinsk were opened up for new colonization with free land. Many people went to Pavlodar in Kazakhstan and to Privalnoye at Omsk where many Germans moved. Between 1898 and 1910, just under a hundred Swedish
villagers moved here. These colonists were freed from military service. During the 1990s, many of their descendants have been able to migrate to Germany.

War and Soviet 1914-1929
In 1897 the landowners were 70 in the number in Gammalsvenskby and in 1911 they were already 105. In addition, there had been an increasing group of completely landless agricultural workers in the village. During World War I, most young men were called to the military, either to fight against the Austrians or against the Turks. The country’s economy was run at the bottom during the war and, after a while, the Russians lost battles on the western front against Germany and Austria.

In March 1917, Tsar Nikolaj and Duma’s permanent committees led by Kerensky took over power. In October 1917, the small Bolshevik party took power through a coup d’état and the revolution began. Most conscripted home-born late fall this year and returned with revolutionary ideas. In the spring of 1918, “The Earthless Society” was founded in Gammalsvenskby and some communist-minded younger men formed “The Red Tribunal” which would work for a land reform in the village.

The blacksmith Kristian Greisson Knutas was appointed elders with the support of an army group from the Red Army. When the red went off, Knutas was deposed and beaten by the village’s white activists. During the subsequent civil war between the whites and the reds, the village was looted and some villagers were murdered, but the village as a whole survived.

In 1919 there had been 610 horses and 580 cattle in the village – one year later there were only 63 emaciated tracts left and about 70 lean cows. The village suffered from starvation, but was rescued by the Swedish Red Cross expedition Easter in 1922. In 1923, the great land reform that the red pursued was carried out. All were now given 2 7/8 desjatins were (just under 3 hectares per person) and the big farmers were plundered. At the same time, one could now get land if one moved out to the daughter settlements on the steppe; to Nysvenskby and to Svenskåker. 55 users to each place registered for this cultivation. However, it was only Nysvenskby that he became a real village before 1929. A new progressive tax system was also introduced in 1923 to squeeze the former big farmers – the kulaks. The church and the vicarage were established and a ban on the teaching of religion to young people under the age of 18 was introduced. In 1927, 136 of the Swedish peasants wrote a prayer letter addressed to Sweden and Canada, asking for help to be watered out as a collective. In the spring of 1928 there was hardly any seed for seed and a new famine threatened. On June 30, 1928, a city council was held where almost all of the 492 voters voted to seek to emigrate. The priest Kristoffer Hoas as “coal servant” and the former grand peasants as kulaker lacked the right to vote. 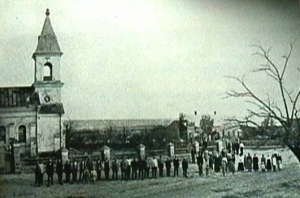 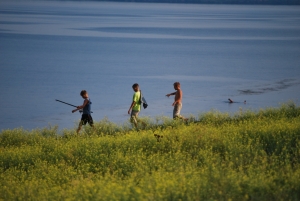 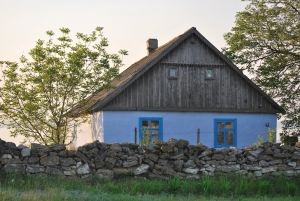 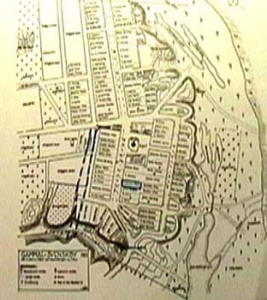