You are here: Home / History / The music

In general, it can be said that old age remains in the outer cultures of the Nordic culture; in Norway, in detached parts of Dalarna, in the Finnish villages and not least on the Estonian islands inhabited by Swedish residents. The Swedish specialty was maintained here in the culture by heritage and tradition. From Dagö many of these traditions followed to Gammalsvenskby.

“At Dagö, during the joint work it should never have been missing a bagpipe, so that if only two were present at the work, one of them played bagpipes while the other was working,” wrote the researcher Carl Russwurm at 1850- talk about older times.

The musician and music researcher Stig Norrman has been able to demonstrate that there are elements of bagpipe lures buried in the melodies that were later played by gamblers in Gammalsvenskby, but these mostly used the violin. Tagelharpan was brought to Gammalsvenskby in 1782, but it was the next disappeared in the late 19th century. John Hoas, who emigrated to Canada in 1913, built a tagel harp for a model that was in the wife’s (Sigalet) family.

Even several members of the Mutas family were already mentioned in Gammalsvenskby as unusually musical, but it was on Gotland that the accordion virtues Dolle and Hans Mutas came to flourish. 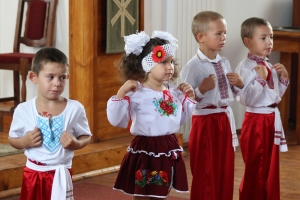 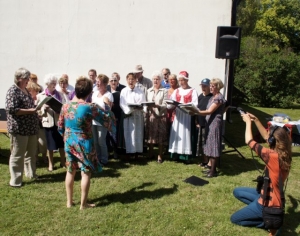