The journey to Sweden 1929
In the spring of 1929, the Soviet authorities granted permission for exit under special conditions. On April 26, the Swedish government granted entry permits for the Swedish villagers. The American-funded Jewish organization Agrojoint would redeem the farms in the village. Although Swedish communists sent from Komintern’s college in Moscow made a final attempt to persuade the villagers to stay, they wanted to travel. Everyone then did not get an exit permit, the three boys in the Red Army for example. Nor did Swedes living in other villages travel. Not to mention the Swedish villagers in Siberia who suffered from purges and executions already at this time – they did not even know that their relatives were now on their way to leave. In early July, all 888 Swedish villagers who signed up for emigration were photographed. On July 23, 1929, all but two of them left the village with two Russian floodwaters. On July 24, 885 people boarded the Turkish ship Firuzan, the widow Maria Anna died in the port city of Cherson and was buried there. Early in the morning of July 26, the ship called Constantsa in Romania, and from there the journey went by train up through Europe. Via German Sassnitz, the group came to Trelleborg on August 1 in the evening.

In Sweden
The 885 Swedish villagers were accommodated in the old abandoned regiments barracks of Småland in Jönköping. There, a school and a work placement were set up, and there was access to healthcare staff, etc.

The Old Swedish City Committee was formed on June 25, 1929, on the initiative of the Ministry of Social Affairs and the Swedish Red Cross. It consisted of 19 members with Prince Carl as chairman. It appointed an executive committee as executive body. It was about receiving and accommodating Swedish villagers and conveying suitable jobs for them. In the autumn of 1929, Swedish villagers were first to go into agricultural practice as a statue on various farms and estates in Sweden. The Swedish villagers who believed that they would remain united in a uniform settlement in Sweden were disappointed. In December 1929 there were only 180 people left in Jönköping, mainly the elderly and the sick. On June 1, 1930, the facility in Jönköping was closed down and fifteen elderly were transferred to an old-age home that was prepared at Snäckarve farm in Träkumla parish on Gotland.

The committee organized a fundraising and then hired the Danish National Board of Government to acquire land. A number of farms were purchased and the Swedish villagers settled mainly in Skaraborg and Jönköping County and on Gotland. There, the Swedish villagers would settle down and, through installments on the loans, gradually take over the farms. The committee dissolved in 1930.

At a meeting on November 7, 1929, the Old Swedish City Committee decided to form a foundation, called the “Gammalsvenskbystiftelsen”. It would take over the work of the committee and manage the collected and additional influence money and other assets and support and assist Swedish residents living in Sweden. The King of Sweden approved the statutes of the foundation and appointed six members. The other members were the chairman of the Swedish Red Cross, the Archbishop and the heads of the National Board of Health and Welfare, the National Board of Agriculture and the National Board of Education. The foundation was wound up in 1938.

Some eighty Swedish villagers traveled to relatives in Canada in 1930 and a total of 243 people returned to Soviet Ukraine in three groups in 1929-31.

Of the remaining, the majority came to settle on Gotland (2/3) and a large group in the areas around Vättern’s southern beach and some families in the Stockholm area. Most became farmers. In 1937, it was estimated that a total of 130 families had stayed in Sweden and with the new children it was 750 people. The criticism of the “Gammalsvenskbystiftelsen” was above all that the foundation purchased properties at an overpriced price and it was this price that the Swedish villagers had to redeem their property for. The foundation found that they were successful and that this group had gone well.

Gammalsvenskby – Red Swedish village
Of the 243 people who returned in 1929-31, not many were convinced communists. Remaining in the village, there were about fifty Swedes who did not come to Sweden, including the three young men who made their military service in the Red Army. In 1930, the Communist International in Moscow conducted about ten schooled Swedish communists to the village to organize the agricultural community “The Swedish Communist Party” (Sjvedkompartija) in the village. Here came Edvin Blom with family, Karl Andersson, Hugo Herman Lauenstein, Ture Grääs with family, Kasper and Hildur Gustafsson with daughter, Karl Holmström with his daughters Svea and Göta, Gunnar Blomberg, Erik Karlsson (under the pseudonym Karl Johansson), Paul Söderman ( under the pseudonym Karl Lindroos) and Erik Pettersson. The families Blom and Grääs came to stay the longest, they left the village in 1932. Karl Andersson and Hugo Herman Lauenstein previously managed to leave the Soviet Union with each sister Utas. Ethnic cleansing with deportations existed as early as 1932-33, but they were worse in 1937-38 when 18 Swedes were picked out and executed for anti-Soviet activities. Responsible persons were local villagers, including also Swedes, who stated the others. During this time, Swedish teaching in the village was also banned and the school closed. When the Germans took this part of Ukraine on August 25, 1941, the younger relatives gathered together to accuse the responsible. In 1942, they were held responsible Petter Utas was executed after a short trial and later Julius Annas and Dmitry Krakovski were also sentenced and executed. At this time, about 300 Swedes lived in the village.

On October 24, 1943, when the war turned, the German authorities decided to evacuate even the Swedish villagers. On foot and with carts, which once went down here from Dagö, the Swedish villagers got away. They were going to Krotoschyn in Poland as the Germans wanted to colonize with Germans, but almost half came by rail to Offenburg in Baden in western Germany. There they came to stay a year before the war rolled over them from all directions. About fifty Swedish villagers managed to get to Sweden in 1945, most of the other 250 villagers were sent to labor camps in Komi.

Swedish villagers today, in Sweden, Canada, Germany and Russia
Many Swedish villagers managed to get the right to return to their home town from the work camps. There they lived in relative isolation until 1965, when about twenty were granted an exit permit. Then it came to the end of the 1980’s before contact with Sweden was restored.

In Canada, where the first Swedish villagers arrived in the 1880’s, the first Swedish villagers gladly stayed with other Scandinavians. They were active in building schools and churches and were often very active parishioners. However, they soon split and many moved on from the state of Alberta to the eastern parts of British Columbia and to the city of Vancouver. Some also moved over the then open border with the United States. The Swedish villagers who arrived in 1930 largely settled in the Winnipeg area and there, cohesion has often been stronger. During the 2000’s, an association for Swedish village settlements in Canada was formed and Karen Wright-Annas has published a comprehensive book about Swedish village camps and their fate in the country.

In Germany, it was already during the Second World War that Swedish villagers stayed there, often those who were involved with Germans. During the early 1990’s, when the Soviet Union collapsed, many German settlements from Siberia and Kazakhstan joined forces with the Germans who were allowed to enter the country. Descendants of the Mutas, Utas, Tinis and Koppers families are now found in Germany.

Several Swedish settlers still live in the Omsk area of ​​Russia and near the town of Pavlodar in Kazakhstan. 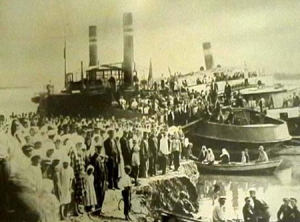 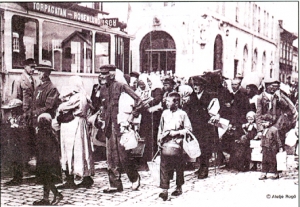 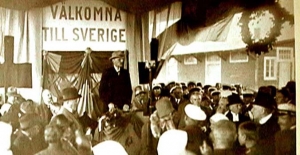 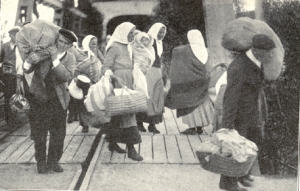 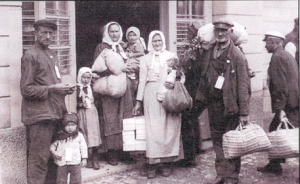