In 1228, Dagö was a deserted or desolated island. In 1254, the island was divided between the rather newly formed bishopric of Osel-Wiek, which received the western part and the Sword of the Sword, which received the eastern part. In 1254, villages are mentioned on the island, probably though Estonian villages with colonists from neighboring island Osel. The day-old freedom hero Kitas-Irja (Jöran Jacobsson from Kiddas village) mentioned in the 1670s that his ancestors lived on the island “in 15 knees”, that is, for fifteen generations backwards. It could indicate a Swedish settlement in the late 13th or early 14th century. Statements from the 16th and 18th centuries point out Finnish Nyland and the Swedish Roslagen as domicile for these Swedes. There are talk of fish farmers who have been given the right to residence against tax fees in fish, an obligation to pilot ships and to assist in shipwrecks. Gradually, they should also have become peasants, even though most people were always close to the coast and fishing and hunting there. The Swedes settled in the two northernmost tax areas on Dagö. After their main towns, these areas were called Röicks (Röök) and Kiertil (Kärrdal). Dagösvenskarna then followed exclusively the weekend calendar that the bishop of Turku introduced for his diocese about 1400.

Sweden lost the Baltic areas at Peace in Nystad in 1721 to Russia during Fredrik I’s time. Areas that Sweden has had since 1536. The Peace Treaty in 1721 meant the definitive end to Sweden’s Great Power Empire. The Swedes at Dagö were farmers and managers of the island’s owner, Axel Julius De la Guardie, who was the colonel of the life guards and general governor of the Estonian provinces.

The Russian-Turkish War between 1768-1784 is crucial for the Swedes village. Catherine II of Russia had succeeded in conquering land in present-day Ukraine from the Turkish Tatars. She needed to populate newly-acquired land areas quickly.In 1781, close to 900 Swedes were forcibly relocated on foot, from Dagö to the steppe in southern Ukraine. The great hike began to what was promised with furnished houses and farms and yearlings that were ready to be harvested on arrival in 1782.

Jörgen Hedman has written about some of the families / families who came from Dagö -Kotz, Utas, Hansas, Hinas, Koppers and Martis. You will find Jörgen Hedmans documents and research in swedish here on site Archive, Historical documents. 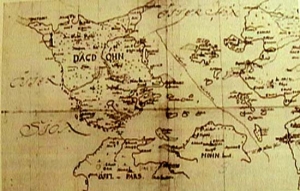 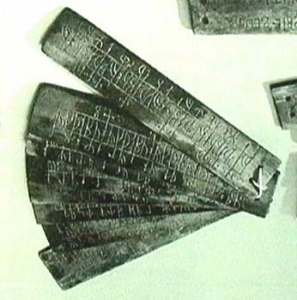 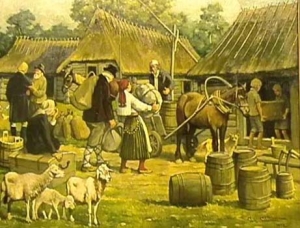